This painting stumped me in several ways as I created it. Most notably, my having to start over on parts of it. Then, titling the painting became very perplexing. In the beginning, I kept seeing lava in the painting for some reason and yet, I knew the painting was not about lava. Deeper than lava, but of what? I reached out on social media for other’s thoughts as to what they saw in the painting, The human heart won by a long shot.

Using one’s imagination, it appears as though a human heart fills the majority of this canvas. Yet it is not at peace as it appears distressed and agitated. What could cause the human heart to appear as such? Emotions.

But what emotions disrupt the heart with such intensity? Love? Envy? Fright? Anxiety?

Love is powerful – hot, fiery and hopefully filled with a bit of lust? Or maybe burning deep, enveloping every waking breath with a steady warmth and a satisfying security? Envy, arises sporadically and unannounced, albeit strong and encroaching – disrupting the rhythm of love. The fright of losing love hides on some level within us all. Anxiety ensues when these emotions become chaotic, their rhythm interrupted.

The power of love in the red, yellow and orange hues – fiery, intense, strong. The envy depicted in the bright green hue, when it appears in one’s life, its presence disrupts the power of love. And the insecurity of fright, of losing, resounds in the deep purple hues lurking quietly within us all. Together, all of the hues depict the anxiety one may feel when love gets interrupted by envy. Whether one likes to admit it or not, humans experience these emotions at some point, on some level, within a lifetime. Perhaps more than once.

How one embraces these emotions often warrants its outcome. Open and honest, head on, with a strength to resolve and rise above? Or fearful, deep within the anxiety of chaos, hiding? When viewing this painting, one is left to contemplate how each individual handles these emotions. How would you handle these emotions?

When it came to titling this painting, I again reached out to social media for help. I came up with five different titles, but could not decide upon one that fit the painting best. People voted in the comments; several suggested totally new titles worthy of consideration. “Envy’s Dysrythmia” won by a majority.

This original artwork ships signed, titled and dated on the back; hidden when framed. While the vertical orientation is shown above, the original may be turned in any of four directions to display. A Certificate of Authenticity is included. Framing is highly recommended.

Screen image is representative of the original painting; color may differ slightly from screen to original artwork.

There are no reviews yet.

Only logged in customers who have purchased this product may leave a review. 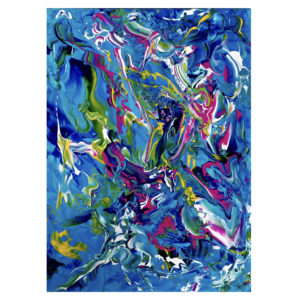 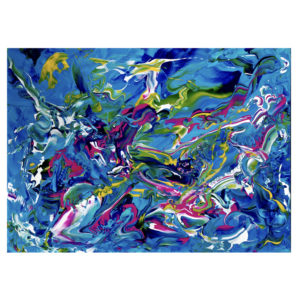 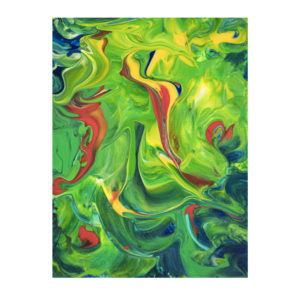 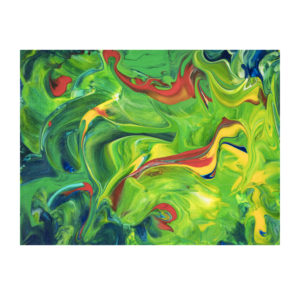 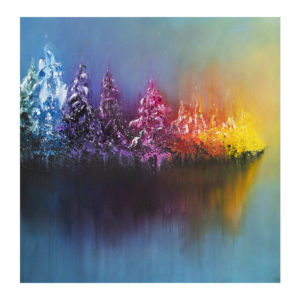 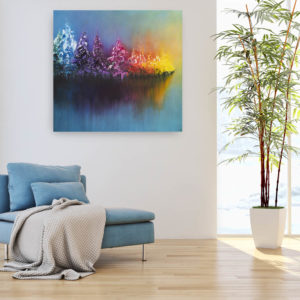 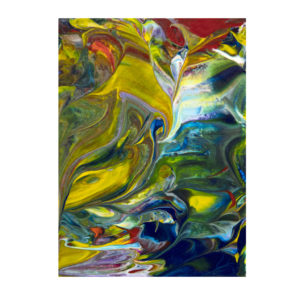 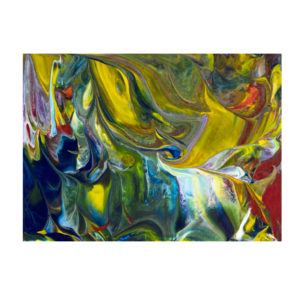