At first glance, the movement in this painting may be unsettling to some. Why?

Working on this painting, my issues with severe anxiety would not lessen easily. Frustrated beyond belief – as painting often brings me much wanted relief – continuing onward I must go. Quitting, starting over, tossing it out crossed my mind many times. Then something began to gel within the painting as relief from the anxiety ever so slowly began to appear.

Starting to see its beauty, even though it was a dark painting, it began to grow as the patterns of my palette knives found their rhythm in the background. Some strokes of my knives were short and deliberate; harsh almost. Others were longer, less intense, showing the coming release.

Having such a dark background of deep green and blues, trying to find a way to express the relief of the anxiety, only brought me annoyance. That annoying chaos of anxiety had to be brought forth into the open for all to see.

The dark background began to capture light after blending in aqua and yellow hues. Yet my frustrations of annoyance rose as the anxiety lessened. I finally began to envision what this painting would become.

Yellow and red, excellent choices to paint the frustrating intense waves hitting me. Opposing, colliding, crossing, joining and blending but never cohesive as one. Intense, making no sense, an inner fight for release never to be found. The splatter of aqua to represent the coming relief, fighting to gain control. Life with anxiety is quite simply, annoying. I constantly live in annoying chaos.

This original artwork ships signed, titled and dated on the back; hidden when framed. While the vertical orientation is shown above, the original may be turned in any of four directions to display. A Certificate of Authenticity is included. Framing is highly recommended.

Screen image is representative of the original painting; color may differ slightly from screen to original artwork. 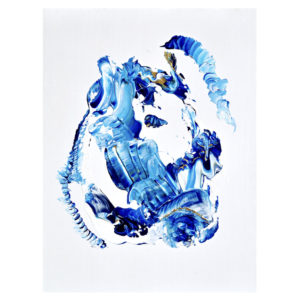 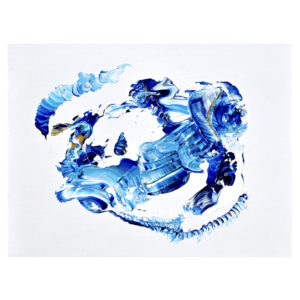 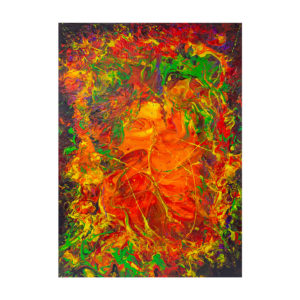 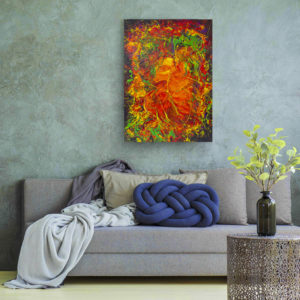 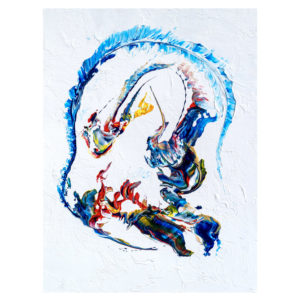 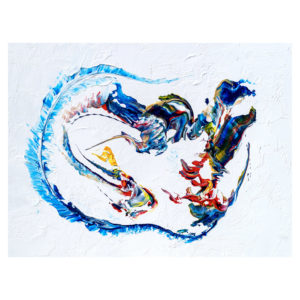 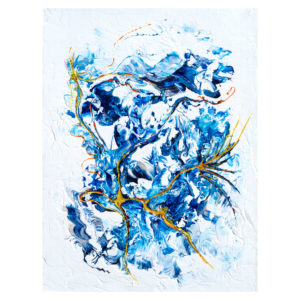 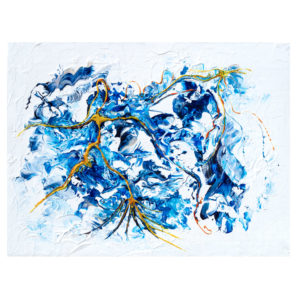